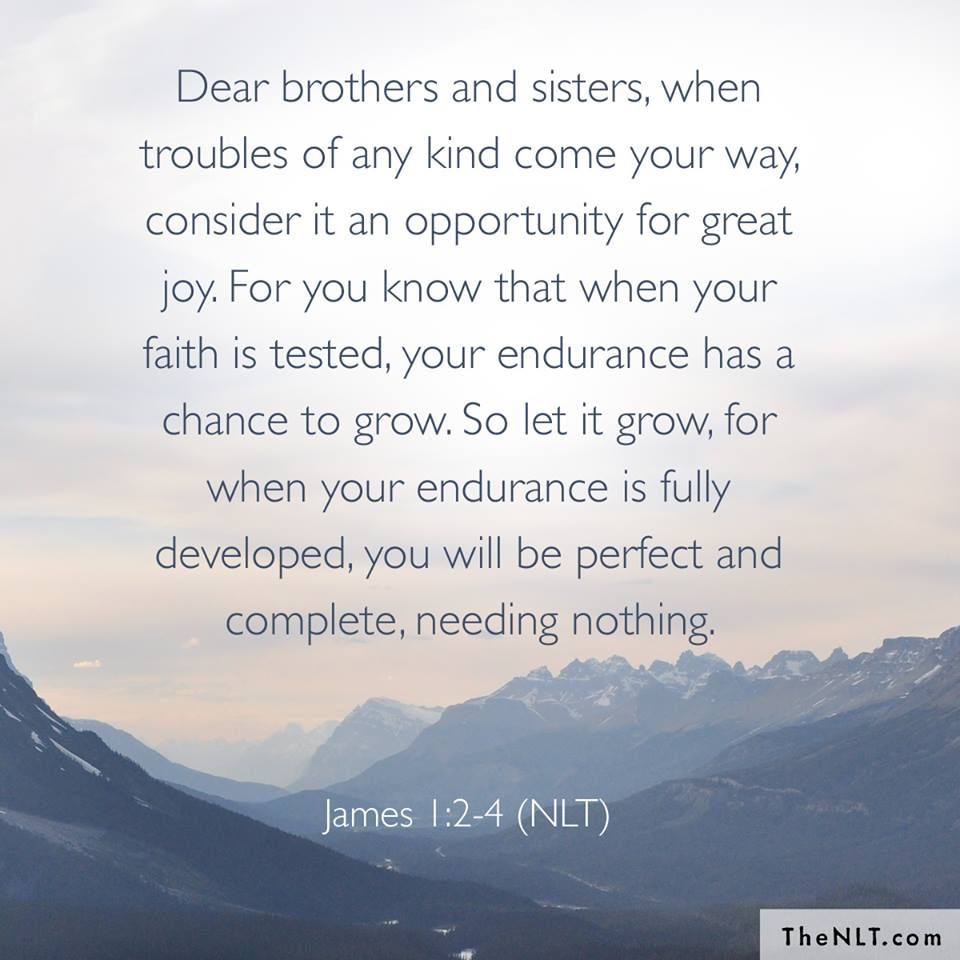 One of the great paradoxical statements in the New Testament is spoken by James and found in the book that bears his name. After his introductory comments in his opening statement, the brother of Jesus makes this profound statement in verse 2:

“Consider it pure joy, my brothers, whenever you face trials of many kinds…”

This writing, by one of the initial leaders in the Jerusalem Church, was intended for those “followers of the faith” that were “scattered among the nations” (1:1). He tells us that, if we have real faith, we will show God’s love through our actions. This sounds great, except when applying the “trials of many kinds” statement mentioned above.

The reason why we wrestle with James’ words is because we have a false idea of what God desires regarding our faith. The following exemplifies this misunderstanding.

“Clarence Jordan was a man of unusual abilities. He had two PhDs, one in agriculture and one in Greek and Hebrew. So gifted was he, he could have chosen to do anything he wanted. He chose to serve the poor. In the 1940s, he founded a farm in Georgia, and called it Koinonia Farm. It was a community for poor whites and blacks.

As you might guess, such an idea did not go well in the Deep South of the 1940s. Ironically, much of the resistance came from good church people who followed the laws of segregation as much as the other folk in town. The town people tried everything to stop him.

For 14 years, they tried to stop him. Finally, in 1954, the Ku Klux Klan had enough of him, so they decided to get rid of him once and for all. They came one night with guns and torches and set fire to every building on Koinonia Farm but Clarence’s home, which they riddled with bullets.

Clarence recognized the voices of many of the KKK, and, as you might guess, some of them were church people. Another was the local newspaper’s reporter. The next day, the reporter came to see what remained of the farm.  The rubble still smoldered and the land was scorched, but he found Clarence in the field, hoeing and planting.

‘I heard the awful news,’ he said to Clarence, ‘And I came out to do a story on the tragedy of your farm closing.’  Clarence just kept on hoeing and planting.

The reporter kept prodding, trying to get a rise from this quietly determined man who seemed to be planting instead of packing his bags. So, finally, the reporter said in a haughty voice, ‘Well, Dr. Jordan, you got two of them PhDs and you’ve put 14 years into this farm, and there’s nothing left of it. Just how successful do you think you’ve been?’ Clarence stopped hoeing, turned to the reporter saying, quietly but firmly…

‘About as successful as the cross… Sir, I don’t think you understand us. What we are about is not success…but FAITHFULNESS.’”

The main point?  We, as faithful followers, should never base our successes on the world’s scale of achievements.  If we do, then we will always be disappointed. And, we will not achieve the results of this testing:

“…because you know that the TESTING of your FAITH develops perseverance.  Perseverance must finish its work so that you may be mature and complete, not lacking anything.”  (James 1:3-4)

During these difficult times remember to keep smiling at the storm as our job is not to always be successful, but to always be FAITHFUL!

Sincerely and FAITHFULLY facing Trials of many Kinds,

*Congratulations to all who texted the correct answer (Umpire & Catcher) in last week’s trivia question. Hope you enjoyed your ice cream!  Another chance to win next week.